Phytotherapy and natural resources in a nutshell

The word phytotherapy is compiled of the Greek words phyto (plant) and therapeia (therapy). Phythotherapy therefore means plant-therapy or plant-medicine. The official name for herbology is phytotherapy and the core comprises the use of plants as medicine.

Plants – like – people are psychobiological unities. In fact plants are a collection of chemical compounds, but a very complicated collection which you can not just take apart or replicate. Besides the core ingredient, that is seen as the efficacy compound, there are numerous other file particles that work together synergistically. If you only isolate and chemically replicate the core efficacy ingredient you will lose the complex effect of herbs according to the naturopathy. Because it is this complex activity of real plant components that not only prevents side effects but also that the pathogenic agents become resistant less quickly. Depending on where the active ingredients are located, phytotherapy uses the whole or part of the plant, like leaves, roots, flowers, fruits or seeds. Before use they are processed into capsules, cream, juice or tincture (plant extract). In modern medicine, chemical drugs are obviously very important and lifesaving, once more the base is to combine the best of both worlds.

Interestingly enough, most modern medicine is derived from plants. Often the strongest active ingredients have been copied slightly differently. Take morphine for example made from poppies or salicin from willow-bark. It was discovered in the 19th century that salacin is the strongest pain-killing component in willow-bark. The chemical equivalent salicylic acid turned out to be harmful to the stomach. But this was solved by turning it into acetylsalicylic acid, which we now know as aspirin. Yet, interest for the original willow-bark is increasing as it is just as effective as a pain-killing treatment, milder on the stomach and has a stronger antiseptic effect than aspirin.

Until recently many herbal remedies had not been mapped properly. In the last decades they have been systematically evaluated according to their positive or negative medical effect and safety. Researchers from the Mayo Clinic developed a method to trace medicinal plants through old historic texts. This is how, for example, it was discovered that the extract of the palm related Atuna racemosa has strong antibiotic qualities, especially against specific bacteria like the Staphylococcus aureus. Who knows, new antibiotics may be found in ancient herbal texts…

2blossom works with the following –proven effective- remedies, among others:

This is how 2blossom works with herbs:

Beware of the saying 'there's no harm in trying'. The fact that herbs are active means that they also may have side- effects. They may be harmful in wrongful or excessive use, or in combination with other remedies. That is why 2Blossom always takes care in which herbs may be advised and always checks which other remedies and medicines may be in use. In using natural resources it is always of importance that they are prescribed by a professional (possibly in consultation with a GP) and that the prescribed dosage is respected.

What are the most common complaints?

Are you interested to know what complaints 2blossom treats? Have a look at our complaint page 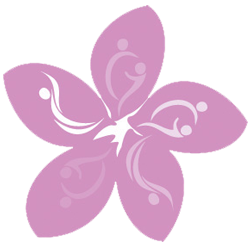 We are bombarded with health & nutrition fads & marketing adds. 2Blossom breaks it down to simplicity, holistically & based on the latest research

2blossom has one solid root: Laura Hoekstra, 'health ambassador', qualified as an integrative health consultant, nutritionist & coach. Laura works with a holistic approach. The body is a psycho-neuro-immunology unity and the challenge lies in finding balance." My passion is letting people get the best out of themselves".

more about me
To guarantee quality, is 2blossom
affiliated with the NWP and KAB 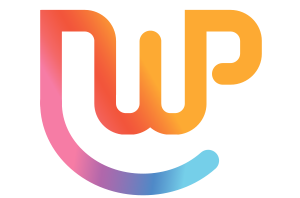